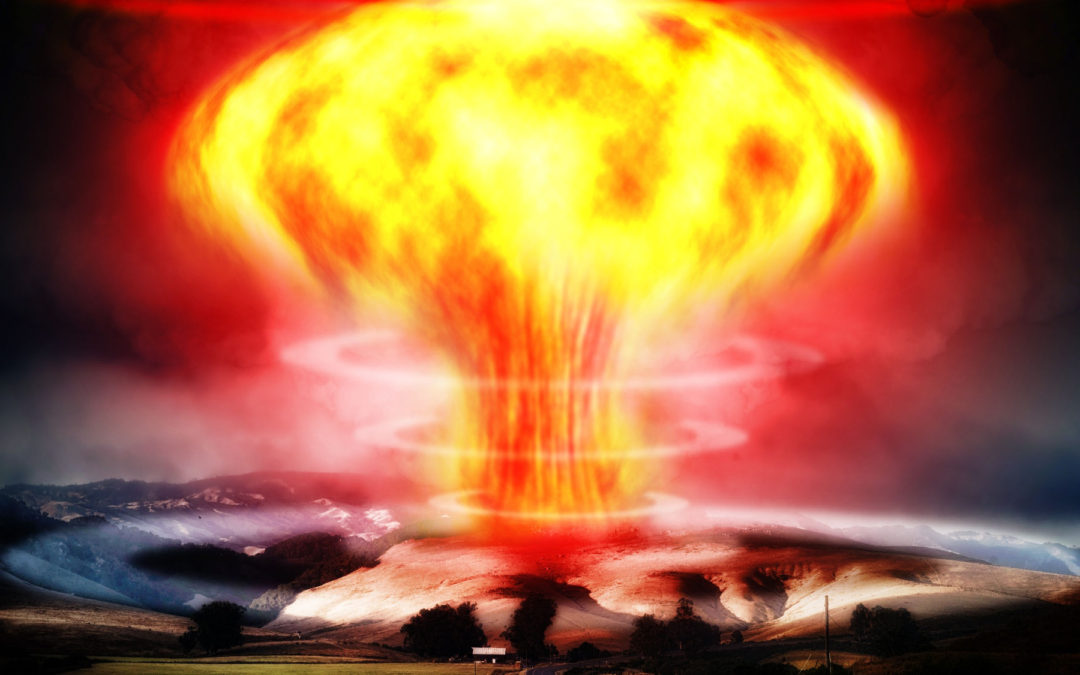 Is nuclear terrorism a real possibility or is it just a fallacy? Do you think the terrorist are winning? If it is real, how soon could it happen? How will they attack? Will it come from a country or a suicide bomber? If it is an Improvised Explosive Device (IED) how much damage can it do? As a simple citizen what can I do to help stop it? These and hundreds of other questions run through my and other people’s minds every day. Let me try and tackle a few.

Is Nuclear Terrorism a real possibility or is it just a fallacy? President Barack Obama of the USA calls nuclear terrorism “the single most important national security threat that we face”. In his first speech to the United Nations Security Council, the President said “Just one nuclear weapon exploded in a city — be it New York or Moscow, Tokyo or Beijing, London or Paris — could kill hundreds of thousands of people”. He also went on to say it would “destabilize our security, our economies, and our very way of life.” I believe (and so does most experts) that the threat is as real as the nose on your face! It is not a matter of if it will happen. It is a matter of when it will happen. Terrorist have and will always look for ways to escalate their destruction on the western world.  As long as there is a will to be free there will always be people who want to suppress those who wish to have it.

Do you think the terrorist are winning? I do and I am sick and tired of it. Terrorism is already succeeding. We have TSA at every airport, we have metal detectors at schools, courthouses, and public events and we are afraid to speak out about terrorism and who is doing it for fear of not being “politically correct.” If you believe I am wrong, go to your nearest airport and see who the TSA are scrutinizing. They are “randomly” searching people because of “political correctness” instead of targeting those most likely to commit acts of terror. Yes that is profiling! Let me ask you one question. If it is your life or the life of a loved one, do YOU want them to profile or not? If I looked like or acted like anyone committing acts of terrorism, I would expect to be searched every time, and be thankful they did search me.

In my fictional novel FATE’s First Turn I show how easy nuclear terrorism can happen right “under our collective noses.” The biggest concern I have is we might never know about it until it is too late. For all we know something may have happened already.

How soon could terrorism become nuclear? Yesterday, today, tomorrow, ten years from now, who knows? All the experts know is that as long as there are terrorist, terrorist nations and nations that harbor terrorist, it will happen. In 1945 the USA was the only country that had the Atom bomb. 70 plus years later how many countries have nuclear weapons? According to experts at last count there were nine nuclear countries, USA, Russia, China, United Kingdom, France, Israel, Pakistan, India and North Korea who possess approximately 16,000 nuclear weapons. Iran and heavens knows who else are striving hard to become nuclear.

That is 16,000 chances one of those weapons can get away from the owner. Look at the odds, we have to be right 100% of the time and all they have to do is succeed once, just once. Let’s face it folks, the odds are in their favor. Look at what has happened around the world in just the last couple of months. Imagine if just one of those attacks were nuclear? Imagine a suicide bomber that could wreak havoc on whole city blocks, not just the relatively small area an IED covers.

If a Terrorist Organization gets ahold of a nuclear weapon, we will be playing by a completely different set of rules. Imagine the World Trade Center times a thousand!

Are we set for this? No! We would rather bury our collective heads in the sand. Until we as a collective decide to face this problem head on, it will and they will escalate.

As a simple citizen what can I do to help stop it? Don’t walk around with blinders on. We are all so wrapped up in our own little world we forget to see what is happening around us. Learn to people watch. If someone looks or is doing something suspicious, report them. I don’t mean report everyone who doesn’t look like you. Think of what you do and how you act when you or your children are going to do something wrong. If someone acts that way, watch them for a minute. For instance if you see them go in with a package or backpack and come out with nothing, that might be a sign. I will write more on this later.

Until the next Adventure!